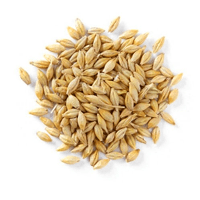 Ukrainian land is famous for its fertile qualities. Due to this, many countries of the world prefer to import Ukrainian products of agricultural production. Among them are cereals (wheat, rye, barley, sorghum) and legumes (peas, soybeans).

It is known that barley grain is many times more useful than wheat. It is dense and satisfying, and therefore more energetically valuable. Pearl barley, bread, flour, beer are made from barley, and also used as an additional component in compound feed for animals.

In order to prepare mixed fodder farms and factories purchase barley of 3rd class. Wholesale goods are exported, as it is more profitable for the supplier and manufacturer of feed.

Features of barley for feed

Seed of barley very valuable source difficult a carbohydrate. Most they need to the animals in a winter period for maintenance of temperature of body and power supply. Also the mixed fodder additional fertilizing is entered a few months prior to the coalface of animal to increase his fleshy mass.

Barley is suitable for feeding all types of farm animals, including cattle, pigs, chickens, rabbits and other poultry.

The culture of the third class has such quality indexes:

The cost of barleycorn below, than consumer class for a feed. An export commodity must not be healthy, not infected by bacteria and wreckers, not to have extraneous and rotten smells. If there are additional descriptions or requirements of customer - it is important to discuss it in the written contract.

Benefits of barley as feed

The manufacturer of animal feed manufactures it according to a certain technological map. Even if the grain is suitable for all animals, a certain grinding and a combination of proteins and carbohydrates are offered to each individual species.

Why the sale of barleycorn from Ukraine is so important for the whole world:

Today, barley is not a very popular item in the food basket of buyers, but in a good quality feed mixture it is very good.

The company "AGRO-V" is engaged in the manufacture of animal feed for the cultivation of farm animals, as well as a supplier of grain, legumes, waste production of vegetable oils worldwide. We offer wholesale supplies of the third class of barley to your region. You have a rare opportunity to buy high-quality goods first hand!

Why it is profitable to cooperate with us:

If there is a demand for this type of product and you need to buy good quality grain for feed, contact us in the way that is convenient for you!