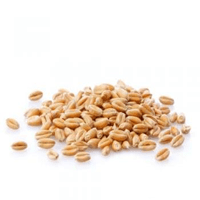 Cereal crops comprise dozens of varieties, among which wheat, barley, oats, rye, corn, and sorghum are considered the most popular. The demand for growing one or another grain depends on the goals set for the next sowing year.

Wheat grain has been holding the first positions in exports from Ukraine all over the world for several years. The import of grain is caused by the fact that the land is more susceptible to cultivation, it is rich in trace elements, and weather conditions only have a positive effect on the planting of agricultural enterprises.

Depending on the class of goods ready for shipment, its cost varies. The lower the class, the more so-called debris and impurities.

Every producer is under an obligation to divide the commodity by classes. At a wheat they six. From 1 to 4 classes идут food wheat going to the groats and bakegoodss, also 4 a class can be used in combination with fifth for preparation of the mixed fodder. If to take only 5 and 6 classes, then they идут only as power basis under the feed of agricultural animals.

The moisture content of wheat does not exceed 15%, but it is not this that determines its classification. As a rule, the grain is sifted out with special machines. The first selection is grain calibration, the presence of green uncleaned impurities and debris. The more debris and impurities, the lower the price.

As garbage there can be unopening up ears, grains, parts of stems. For people it is garbage, and for a cattle nourishing energy source.

Benefits of wheat as a grain crop

Wheat for making of bread and pet food grow hundreds of years. Today those, whoever has the opportunity to grow seed buy in grain wholesale.

For a customer the wheat of fifth class has such advantages:

If you store grain bags, it must be on pallets. If you plan to store in bulk, it is important to sometimes rearrange the layers for better ventilation.

The agricultural enterprise “AGRO-V” offers to buy fifth grade fodder wheat directly from the manufacturer. We, as a supplier, offer our customers the following guarantees:

Contact us at your convenient time, we will quickly calculate the cost and terms of wholesale delivery to the selected region!